Miraculous Healing at Home for Health

Jesus was about to ascend into Heaven. What would be His final commands to His followers? “Go ye into all the world, and preach the gospel to every creature.” That’s the part we remember, but don’t forget what follows: “And these signs shall follow them that believe; In My name shall they cast out devils; . . . they shall lay hands on the sick, and they shall recover.” Mark 16:15, 17, 18.

It was only fitting for Jesus to remind us about healing the sick. After all, He Himself devoted more time to healing than to preaching. The right arm of the gospel—medical missionary work—can open many doors. Our work for the sick at Home for Health Lifestyle Center in Kentucky has shown us that God is still on the throne, the same yesterday, today and forever. In the past few years, we have been blessed with the opportunity to help people choose a healthier lifestyle physically, mentally and spiritually.

Home for Health is not a hospital and does not treat disease or prescribe medication; yet people from all over the United States and even other countries have come to us for help. Instead of medicine, we utilize lots of prayer along with nature’s provisions like juices, a wholesome diet and natural therapies. Over 450 people have come through our doors in the last six years, and many with chronic health ailments have seen them disappear through lifestyle changes and a deeper walk with Jesus.

We have seen dramatic changes in people’s lives, and it is just awesome to be along for the ride. One of the most important things we do is help people break through fear and find peace and joy in trusting God. When someone gets a diagnosis of something like cancer, doom and fear overshadows every thought. It is awesome to see people freed from the fear, anxiety, guilt and negative emotions! We want people to enjoy life, and it’s amazing how this translates into better health. God, our Great Physician, is the One who ultimately heals!

To encourage anyone who might be dealing with sickness, allow us to share some testimonies from a few of our guests. Each was diagnosed with a different type of cancer: skin, prostate, brain or liver cancer.

Larry came to Home for Health after being diagnosed with prostate cancer. He testified, “After I learned about Home for Health, I decided that I would try it. I wasn’t sure, and I wasn’t trying to do this in lieu of treatment, but to help endure the treatment better. I was at the center for 19 days and home for just over a week before my doctor visit. I was given an all clear! At my follow-up appointment six months later, the cancer was still gone and the doctor said I didn’t need to worry about chemo or radiation. I am amazed, but the whole process has been fun. I see things from a totally different perspective now. I felt at home the moment I got to the center, and a few days into the program I felt at ease and just knew it was going to work. I have received other benefits too. I used to have to take albuterol for asthma and allergies, and now my allergies are gone as well.” 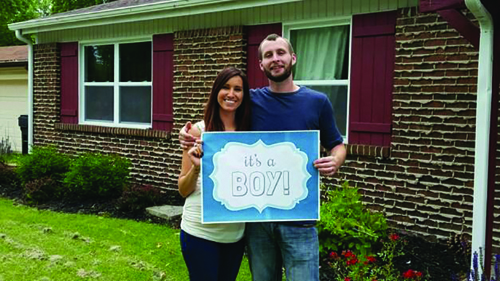 Wes had been married for about three months when he found out he had a large brain tumor and was told there was nothing further his doctors could do for him. Not only was he recently married, but his wife, Monica, had learned she was pregnant. He told us, “It was a pretty sad situation. Who was going to take care of the baby? It took nearly two years for the tumors to completely disappear. The mass was bigger than an egg when I started with the lifestyle change. Every six or seven months I went in and had the mass monitored to see if it had grown. Each time it was significantly smaller. When we found out that the cancer was gone, we found out that we were going to have another child as well. I am so grateful to be able to raise my kids and be a good father to them.”

Justin came after contracting cancer from a kidney transplant. The cancerous kidney had been removed, but not before metastasizing to his skin in several places. What made his situation so unique was that he had already received a second kidney and needed immunosuppressive anti-rejection medications so his body would not reject the transplant. Unfortunately for him, most of the things that are good for fighting cancer also increase the health of the immune system—which could cause rejection of the transplanted kidney.

Praise God it did not happen. Justin arrived with about 30 silver-dollar-sized tumors on his head, neck and shoulders. He states, “Each day a couple would fall off. It was simply miraculous. I accomplished more in three weeks than during eight months of chemotherapy and radiation.” When he left, all the rough, raised spots had fallen off and his skin was glowing, smooth and healthy.

Don is a local to our area who was diagnosed with liver cancer with metastasis to his lungs. After being told he had only about two months to live, he went on the internet to look for alternative health options. He found the Gerson Institute and was ready to go, but they didn’t call him back, so he looked them up again and in the process stumbled upon our center. “I was amazed there was a place like this in Kentucky,” he shared. “I was ready to pack my bags and fly to Mexico; then I found Home for Health. I wanted to see what they were all about, so we drove out to the center. We didn’t even call ahead of time because we didn’t want them to put on a display. We wanted to see what it was really like, and what we found were genuine Christian people. I decided I would give it a try. We were there for a couple weeks and did the program at home for a few months. Several months into it I was still alive, so I thought I would go to the doctor and get a checkup. I was told I was cancer free.” Don has been clear for over a year and a half now!

We could tell other stories about people suffering from a wide range of health conditions who are now free of them. We know that ultimately, carrot juice doesn’t cure cancer, but there is a Balm in Gilead and He can heal the soul. Jesus has commissioned us to cooperate with Him in healing the sick. How marvelous!

We’ll end with 1 Thessalonians 5:23, 24: “The very God of peace sanctify you wholly; and I pray God your whole spirit, and soul, and body be preserved blameless unto the coming of our Lord Jesus Christ. Faithful is He that calleth you, who also will do it.”