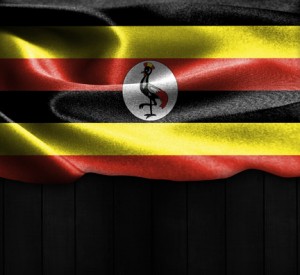 There are vast numbers of witch doctors in Africa. Satan works very openly in Africa, controlling society through fear and the love of money. In my home country of Australia, he works more subtly, especially within the remnant church, causing disunity and weakening our abilities to finish the work for Christ. The great controversy is being carried out all over the world in various ways. These are some stories that explain the evil power they hold over the people.

One time, two young men from overseas visited a village witch doctor. Because they did not believe in his power, he asked, “What do you want me to do to prove it to you?” They said, “Make a goat come down from the ceiling.” A moment later, a goat floated down from the ceiling and stood before them. Satan’s power is very real.

Thousands of children disappear without a trace every year. Many of them are sold for body parts to prepare a strong medicine that people buy to make them rich. Body parts from albinos are believed to have the greatest power. A group in Tanzania has been organized to provide special protection for albino children.

But there is good news. Through His servants, God is fighting the evil spirits in Africa. Just two months ago in Uganda, my friend, Pastor Oworinawe Alex, was leading a public evangelistic campaign with his team in the village of Kiburara. Our church had never been there before and a great spiritual darkness lay over the people like a blanket. During the meetings, a mother brought her 19-year-old daughter Kiconco, desperately seeking to relieve her of evil spirit possession.

The girl’s mother Mary has been a leader in the Anglican church for ten years. She is a widow with three children. In 2013, the demons attacked one of her girls and killed her on the spot. The next victim on their list was the second daughter, Kincoco, who began suffering from attacks while studying in secondary school. Every time she tried to attend school, they prevented it by attacking her. Kincoco’s three aunts were also affected and they hid themselves in the bush and behaved like mad women.

Mary was desperate and tried everything she could to help her daughter. She took Kincoco to the witch doctors first, then she took her to the clinics for medical treatments, then to the Catholics for prayers, then to the Pentecostal church—but no help was found. She then heard of the meeting of this new, unknown church and decided to seek help from us. The pastors prayed for her and commanded the spirits to leave her in the name of Jesus. The spirits struggled violently in Kincoco and left. She told the pastors there were many evil charms in their home. Our pastors went to her home to look for the charms and found most of them, but the girl told them that the worst one was still there, so they went back and removed it.

Something strange happened at the following Sabbath service. A calabash (a bottle-shaped gourd) filled with herbs, fell down from the ceiling and hit the preacher. The calabash was burned together with the other charms. The people heard the demons cry out and promise never to return.

Our workers decided to visit Mary’s home. She also invited the local village chiefs, several local people, and the district authorities to witness what had taken place, since even the aunts had returned in peace and joined them. Pastor Alex reported that people seemed to go wild over the miracle and were told by the authorities to join our church and live in peace from evil spirits. People now look to our church as a savior of the village and have promised to leave the other churches after witnessing what God did for Mary’s family. Many are waiting for us to build a place of worship for all of them to join.

The evangelistic campaign lasted three weeks and ended with a baptism. Mary, Kiconco, and others were baptized. Our workers are visiting house to house, praying and studying with people to help them understand God’s love and power, and leading them to seek Him first. The new church family now worships in Mary’s peaceful and safe home. Pastor Alex asked me to help them build a place of worship since they do not have the money to do so and the local mission cannot help. Pastor Alex tells us that Mary’s family continues to be well and has had no more demonic attacks. The village is at peace for the first time in several years.

In another story, Pastor Alex reported that they had been having a hard time finding a place for visiting speakers to stay. One day, someone located a lodge with a pub. This pub was known by people as “Sodom and Gomorrah” because it employed more than 25 sex workers. When Pastor Alex and his team stayed there, they became a laughing stock. But since there was no other lodging place, they had to move in. Sleeping was very difficult, due to the loud music, dancing, and drinking.

They decided to talk to the manager. He called in the owner and Pastor Alex told them what the public thinks about the place. On a Thursday, a staff meeting was called, including the sex workers. They shared their problems with our preachers and asked them to pray for them to leave their vices. Everyone promised to attend the meetings, and they did. On Friday, the manager closed down the pub for Sabbath and that place of drinking was turned into a place of worship with Friday night vesper services, welcoming the Sabbath with all in attendance!

Various people spoke up and thanked them for accepting them, unlike other religious people who despised them. Some church members decided to employ some of the girls and provide a home for them. The owner asked Pastor Alex to help him plan a new business that will please God.

Pastor Alex asks us all to join them in praying for this powerful revelation of God’s power in the remnant church, that many will finally be harvested into the Kingdom as the Holy Spirit continues His wonderful work for that area and many other places. We see His hand leading His work as we try to become His hands and feet, reaching many more for the true biblical Christ and draw people away from pagan traditions and false representations of Christ that are preached in other churches.