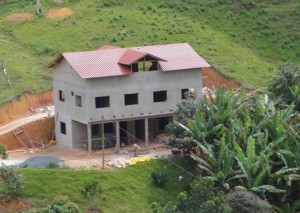 There is no question about the fulfillment of Bible prophecy before us today. “And I saw one of his heads as it were wounded to death; and his deadly wound was healed: and all the world wondered after the beast.” Revelation 13:3. As we have seen the highly publicized and almost universally lauded visit of Pope Francis to our country to address the United States Congress, meet with the President, conduct multiple masses and more, it is clear that the popularity of the papal power has never been higher. Protestants, Catholics, politicians, atheists and more all consider the pope to be the “moral leader” of the world and he is generally considered to be the most popular leader in the world. As we had the opportunity to take a group of students up to Washington DC to kindly share literature with those who had come to see the pope, the truth of Bible prophecy was pressed more forcibly upon my mind. “The Roman Church now presents a fair front to the world, covering with apologies her record of horrible cruelties. She has clothed herself in Christlike garments; but she is unchanged. Every principle of the papacy that existed in past ages exists today. The doctrines devised in the darkest ages are still held. Let none deceive themselves. The papacy that Protestants are now so ready to honor is the same that ruled the world in the days of the Reformation, when men of God stood up, at the peril of their lives, to expose her iniquity…. She is silently growing into power. Her doctrines are exerting their influence in legislative halls, in the churches, and in the hearts of men.” Great Controversy, 571, 581. May we watch and pray as never before and be determined to share the precious message of truth with others even more as we see the prophetic developments taking place all around us. 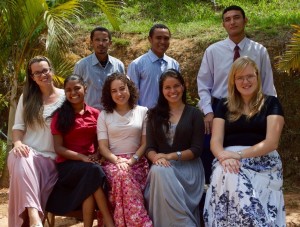 In the rural areas of the state of Espiritu Santo (Holy Spirit) in Brazil, our brethren are moving forward in their work of reaching out to the world. For the last couple of years, the workers there have been operating a training school for the speedy training of workers to send forth into the vineyard. They hold a four-month course for health training and another four-month course of Bible training each year. Some stay and take both courses, others come for the course that they are most interested in. The Lord has blessed with over twenty-five students who have graduated from one or both courses. In addition to the training programs, they have been actively reaching out to their rural community, as well. There is a tight-knit, German Lutheran community to whom they are seeking to bring the love of Jesus and the truths for this time. The Lord has blessed and students and staff have been able to start several Bible studies within the community and plans are being laid to do a church plant within this previously closed community. As the work has grown and the Lord has blessed their labors, the brethren see their need to expand their work and have begun a building project to be able to open a lifestyle center. With the new lifestyle center, it will enable them to more effectively reach out to their community by ministering to their physical needs of their neighbors. It will also provide a better opportunity for the students to be better trained in medical missionary work and to serve others, at the same time. They have been able to erect the building, but still need around $6,000 to finish the building and begin operating the lifestyle center. Would you like to help forward the work in Brazil? You can mark your donation – Brazil – SETI (which is an acronym for Espiritu Santo Evangelistic Training Institute). May we unite in prayer and work that the world may be quickly warned in the fast-fulfilling prophetic times in which we live!

Holding a cooking class for the community

Yours in watching and praying,