Remedies for the Lost 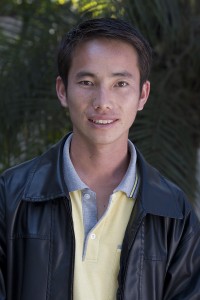 Based on Wichien Songsawatwong’s experience, as told to Martin Kim.

Would you agree with Wichien, a Thai medical missionary/church planter for Adventist Southeast Asia Projects (ASAP), in his thought that reaching lost family members for Christ can be the most challenging mission field of all?

Since Wichien first became a Seventh-day Adventist Christian in 2004, he carried a strong burden in his heart for his whole family to accept Jesus as their personal Savior. The chances of that ever happening were slim because his parents and oldest brother hated Christianity. “I can’t consider you a brother if you become an Seventh-day Adventist,” his oldest brother threatened. “If you work for God, you will be a disgrace to us. We won’t give you a single baht [Thai currency],” his parents said angrily. At one point, they asked him to leave home. Wichien reflects, “That was a lonely time. I cried and prayed a lot.”

Wichien made the choice to serve God anyway. He attended medical missionary training with Pastor Phamor Poopichitprai in Northern Thailand. He enjoyed the rewarding work of visiting ill villagers, praying for them, applying simple natural remedies, and witnessing God’s healing power. He told us about one such visit that took place during his practical, hands-on training with Pastor Phamor.

“I called out, ‘nyob zoo!’—a friendly greeting—as we came up to a small hut. ‘Come in,’ a timid elderly woman’s voice replied. As I scanned their simple home, I spotted the main reason we came: a quiet form lying on a bed in the corner of the room. ‘He has not been able to move from the bed for three days,’ Mrs. Jarun said, with worry lines covering her already wrinkled face. A tree had fallen on her husband, but we did not feel he was seriously injured. ‘Don’t worry, we will pray for him and God will help,’ Pastor Phamor said with a reassuring smile.

“After exchanging pleasantries, we went to work, performing natural treatments such as hydrotherapy and massage. As we worked, we chatted, sharing Bible stories and health advice. Mr. Jarun rapidly recovered during the two days we were there.

“We said goodbye to this lovely couple and I saw tears flowing down Mrs. Jarun’s face. ‘No one has ever visited us in our home and showed us such kindness before, like you have,’ she said. ‘Thank you for your prayers. Your God is very powerful. He made my husband better so quickly.’”

This experience and many others increased Wichien’s faith. God has been using him to reach many in Thailand through medical missionary work and church planting. However, he never forgot his burden for his entire family to accept Jesus and he prayed for their salvation every night.

One day, Pastor Phamor felt impressed to send Wichien home on a special assignment to witness to his family and those in his village. When Wichien arrived home, he discovered his elderly parents’ health was failing. Though his father was vehemently opposed to natural remedies in the past, he seemed more open this time. Through prayer and administration of simple remedies, their health improved. Then his uncle (whose son is a Christian) passed away and Wichien and his family attended his Christian funeral. Wichien does not know what song, sermon, or testimony it was that the Holy Spirit used, but immediately following the funeral, both his parents came to him and said, “We want to become Seventh-day Adventists like you. We want to eat like you, go to church with you, and live like you.” Two of his older brothers also accepted the truth in God’s Word and became Seventh-day Adventists. Wichien said, “This is the greatest blessing of my life, to see how God changed my family.”

Based on Lay Pastor Loi’s experience as told to Judy Aitken.

When you are in trouble, who do you turn to first? For Loi* and Nhu*, along with many others in Southeast Asia, the shaman is who they often call.

I fell in love with a lady named Nhu. She is a Hmong from the Tappon Village in Laos. Though I am from a different background (ethnic Laotian), I knew in my heart that she was the one for me. It was a joyful day when we finally married. As is the custom, I moved in with her and her parents. I quickly learned that for the Hmong (who are animists) life is all about appeasing the spirits of their ancestors who, in turn, protect them from evil spirits.

One night I woke up to my wife’s cries. She had come down with a fever, chills, and pain all over her body. “Call the shaman,” she feebly said. The village shaman came right away to our home and chanted prayers asking his spirit helpers to transport him to the spirit world so that he could identify the problem. After a couple hours he came out of his trance and said, “I found your ancestors. They told me they are very unhappy with you for marrying this man.” You need to sacrifice a goat and tie the horns to the door. The whole family must be in confinement for three days. You need to make sure that no visitors come into the home during this time because they are evil spirits in disguise.

We did exactly as the shaman said. We purchased the goat, killed it, and cooked it. We set out bowls of rice and meat and glasses of wine for my wife’s ancestors’ spirits. My father-in-law went back five generations, calling their names and praying to them. After going through the ritual, my wife’s health only got worse. We called the shaman back and he said that her ancestors’ spirits were not pleased with our sacrifice. They required us to sacrifice an entire cow. We had no choice but to do as the shaman said even though we had to borrow money from relatives in the village to pay the shaman. Helplessly, I watched my wife’s health worsen. 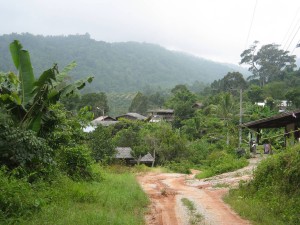 As a last resort, I decided to go to the Seventh-day Adventist church in the village. Maybe they had access to the spirit world, too. Maybe their powers were stronger than the shaman’s. I found the leader and told him my wife was near death. He calmly asked, “Do you know who we call on when it is a matter of life or death? We call on the God of Heaven and Earth. This is the only God we worship, the most powerful God because He created your wife. He loves her and wants to heal her.”

My eyes lit up with a flicker of hope. “Can you come to our home and pray to this God?” I asked. “How much do we need to pay?” He smiled warmly, “Yes, we are glad to come, and no, you do not have to pay anything.” A group came to our home. Instead of chanting they started singing beautiful songs and reading from their thick black book called the Bible. They put their hands on my wife and prayed for her in the name of Jesus. They rebuked Satan and the evil angels from our place. They sang and praised God.

Miraculously, my wife completely recovered from her sickness. From that moment on, we dedicated our lives to the true God. We learned that He gave the most expensive sacrifice, His only Son, in order to save us. This means there is no need for us to perform animal sacrifices. This God proved that He is more powerful than the spirits. We had much peace after we learned that the ancestors are sleeping in their graves and that our angels have more power than the evil angels.

Now I work as an ASAP lay pastor in this village. I know many people are open to accepting God in this area because they also want true healing and freedom from the spirits. We thank God for His love and patience as He waits for His power and character to be known to all His children in Laos.