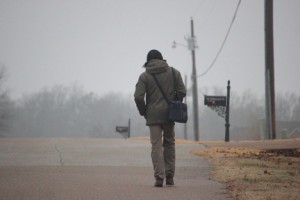 It is hard to believe that we are at the end of this canvassing campaign—it has been fun! The Lord has certainly shortened the time for the sake of the elect. As if it were yesterday, I remember when we faced the daunting task of pioneering a canvassing campaign at Mission Education and Evangelistic Training (M.E.E.T.) Ministry. Lord, how is this going to work? Are we adequately equipped? I inquired. And as we studied, the reply came “Many who are qualified to do excellent work accomplish little because they attempt little.” Ministry of Healing, 498. So, we moved with our hands to the plow and what a blessed experience it has been!

Every day whether at lunch or on the van ride home, there was a constant hum of voices as God’s providence was excitedly being shared. Here are some of the many highlights of our encounters with souls. We greatly anticipate meeting again in the New Jerusalem.

“A Muslim got a GC (Great Controversy)!” Jamie exclaimed, jumping in the van. We were parked at the gas station, waiting for her partner to join her and I could tell she could barely contain her excitement. “I pray he reads it. I pray he reads it,” she kept repeating. “We have to pray for him, let’s pray for him!” And she began explaining her encounter. We had recently learned the principle of “making friends” and she was really putting it to use. She sat down beside a young man she saw outside the gas station and showed a genuine interest in him. Their conversation turned to spiritual things and she prayerfully began explaining how some of the apparent contradictions he was mentioning about the Bible were in fact harmonies. The Holy Spirit led her to tell him about the Great Controversy, and to her surprise and delight only after short hesitation, he got it. And it was only as a passing comment that he mentioned he was Muslim. Every day we remember Hussein in prayer. 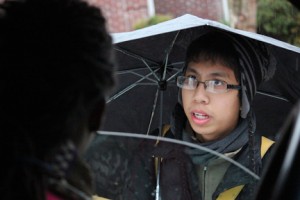 It was a rainy day, but the student’s spirits still soared.

It was a rainy day, and the spirits of the students still soared. Wiljon knocked on the door of a home where a group of young men were playing video games. He started to speak to them about spiritual things and they quickly began to mock him. He bravely continued, praying as he spoke, and showed them the books. The Holy Spirit then did something marvelous: the room suddenly went quiet. The boys that were first mocking, now sat in silence listening intently to what he was saying. The ring leader, Matthew, had apparently become mute, and could only mumble responses to the questions that were being asked. Wiljon continued—and that same young man got that wonderful book, the Great Controversy!

Another time, while we worked businesses—going from one to another—Sister Sherry was canvassing a gentleman outside the Dollar General. As he listened to the words the Holy Spirit was placing on her tongue, he was convicted. He had just come out from buying some cough medicine for himself and quickly went back inside and returned it. After coming out the second time, he used that same money and gave her a donation for a “Foods that Heal” instead. 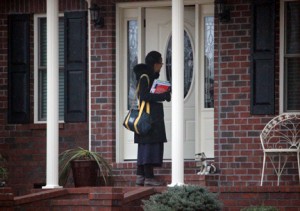 While working Huntingdon, Jarrell was returning to his parked car and saw a young man on his front porch. He greeted him and asked if someone had spoken to him yet. The young man, named James, shook his head and began complaining about the car being parked right in front of his house. Jarrell quickly and sincerely apologized and prayerfully pointed the man’s attention to the books. The Holy Spirit continued His work as James opened up and expressed his sincere desire for answers to the many things he was questioning. God’s Answers caught his attention and although he didn’t have enough for a full donation, the Holy Spirit impressed that the book be left with him. They prayed and James expressed his appreciation for the gift. No less than 15 minutes later as we were driving down the street again, there sat James, still outside on his porch, reading his new-found gift! 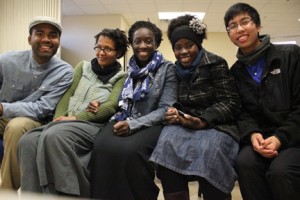 Later, I had just dropped some more literature to the students at the door and was returning to the car when I saw a young woman sitting barefoot beside a fence, her head in her hands. “Go!” came my command from the Holy Spirit. I stopped by the car and grabbed some free literature and prayerfully started in her direction. I asked if everything was okay and she nodded her tear-stained faced. I introduced myself and asked her if I could pray for her. She again nodded. I squatted down in front of her and gently asked her what I could pray for. “My husband died from an overdose.” My heart dropped. A shriek of laughter erupted behind her. Two sets of smiling eyes appeared from behind the fence. “Mom!” the voices said. Hannah wiped her face, “He left me with four children,” she continued. “I was trying to hide from them.” We prayed together and the Holy Spirit comforted her with reminder of God’s love and promises. She gave me her contact information so that we can continue to see how we can be of help to her during these hard times.

During this eight-week campaign the Lord blessed us to send out a total of 1,988 books, 221 of which were the Great Controversy. 108 individuals expressed an interest in Bible studies, cooking classes, stop smoking classes, and Vacation Bible Schools. We currently have 16 Bible studies in progress. As we continue to labor in this part of the Lord’s vineyard, we are repeatedly reminded that this work is truly much more than merely handing out literature—we are truly making ready a people to meet the Bridegroom.