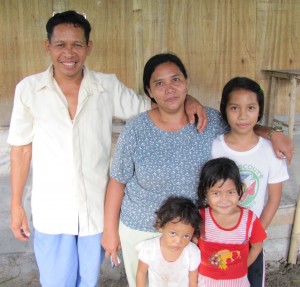 One of the most fascinating mountains of the Bible is the Mount of Olives—a major geographical landmark of Jesus’ ministry. Just east of Jerusalem, it served as a refuge from the machinations of the wily scribes and Pharisees where Jesus could came apart and commune with His Father. (John 8:1; Luke 21:37) From its crest Jesus triumphantly rode into Jerusalem. It was among the olives groves of this mountain that Jesus agonized, pleading, “If it is possible, let this cup pass from me.” Matthew 26:39. It was from this eastern mountain, after toiling up its ascents that Jesus’ feet lifted from this earth to ascend to the throne of our Father. Then according to prophecy, it is this consecrated mountain, which will be the first to receive Jesus after the conclusion of the millennium. (Zechariah 14:4) What makes this mount more special than the other mountains of Jerusalem? It represents the unbroken communion with our Father that Jesus experienced in suffering, conflict and triumph. Whatever was going on around Him, whether men were shouting hosannas or betraying Him, Jesus’ connection with the Father could not be disturbed. Do we have a Mount of Olives experience that Jesus demonstrated for us there? “When the cities were hushed in midnight slumber, when every man had gone to his own house, Christ, our Example, would repair to the Mount of Olives, and there, amid the overshadowing trees, would spend the entire night in prayer.” Testimonies, volume 4, 528. May Olivet be our experience, too. 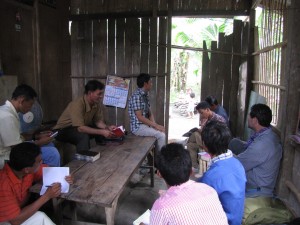 While Jesus spent hours in communion with our God, He also spent time ministering to the multitudes in the valleys, as well. One place where the workers are living this experience is in the mountainous islands of the Philippines. Mike Bauler has recently returned from ministering and surveying the work of our brethren there and we praise God for how He is working in this needy field. Pastor Aqui, a former priest who has become a dedicated worker for the Master, continues to share the message of truth with those he had ministered to before. Sunday evenings as they are leaving their churches, he begins to share publicly the messages of prophecy that pricked his interest. As people continue to learn, soon some make the unpopular stand for truth that he did and request a church be built. From his own funds, he builds a simple church and another congregation is raised. This has happened again and again leading to more than two hundred families accepting the Adventist message from those he formerly ministered to as a priest! Others are relocating their families to remote areas to be able to share the message of truth there. Dodo and his family are one such missionary family. He felt convicted that he needed to do more to share this precious message we hold so dear. He began with friendship evangelism—getting to know the people, and then he started to preach the message in the village square. The Lord has blessed and now another memorial for God has been raised in this remote village! Last year, five new churches were raised from the efforts of Pastor Aqui, Dodo and others like them, but many more are needed. We would like to see the message spreading even more rapidly and even more churches raised for the Master. We plan to support part-time lay workers with $50 per month so that they can go into these dark areas and share the love of Jesus! Then once a group of believers is raised up, a simple church structure is needed. We solicit your prayers and support to help our brethren in the Philippines spread the everlasting gospel to the forgotten mountains and islands of their country! 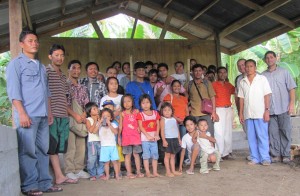 New church in the Philippines