I am Pastor Sharath Babu from India. I will be sharing with you the results of evangelistic efforts in India.

We had a team of workers helping during the meetings. At the end of the meetings eight people were baptized into the church. We praise the Lord.

One of those baptized was a young man named Suresh. He ran away from his home twelve years ago and had no contact with his family for all of those years. Everyone who knew him thought that he must have died. Suresh’s father was so worried about him that the stress from worry killed him last year. 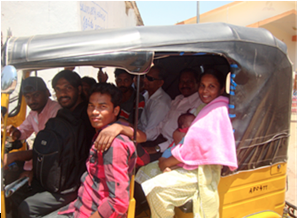 The village president, who is Hindu, invited me to his home to pray with him. Our reception in the village was good.

We had plans to do nine revival meetings this summer. In June our team went to Kerala, which is on the southwest coast of India, for the last of the nine meetings. This area is where some of the wealthier people live. It was so exciting to see fifteen hundred people attend these meetings. Six people who attended were baptized. I would like to tell you about three of these.

Shruti is a young lady that was baptized along with her parents and her siblings. She is a gold medal winner at the University of Andhra because of her outstanding performance in English Literature. She has a scholarship to America or England to get her doctorate. This family is from the high caste of Hindu. Her father is a lawyer and a very influential man.

Venkanna is a fisherman. He used to pray to three or four Hindu gods each time before he went out to sea to catch fish. He would say that if he arrived back safely with more fish he would give 10,000 Rupees as an offering to each Hindu god. A Christian fisherman told him about Jesus. He began to believe in Jesus. When he went out to fish he prayed a simple prayer to Jesus, asking to bring him back safely and to give him more fishes. That day he had more fish than he had ever caught. He sold them for 100,000 Indian Rupees ( $2000 US dollars). He studied the Bible more with my cousin and attended the Seventh Day Adventist church. At the revival meeting he requested baptism and was baptized. 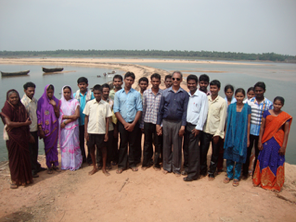 Roshan is a young man studying computer applications. He is the son of the Central church pastor. His father gave a testimony at the meeting before Roshan was baptized. He told how he had baptized many people, but his son chose not to be baptized. He was very sad that his son did not love the Lord enough to commit to Him. By God’s grace, Roshan came to the revival meetings and gave his heart to the Lord and was baptized. The father was overjoyed.

God worked in a mighty way in the village of Udumudi. Nineteen people were baptized here. The day after the baptism a big storm came to the village, but there was not a disturbance at the meetings. More than one thousand people attended each day. We were thankful for the wonderful response to the meetings. 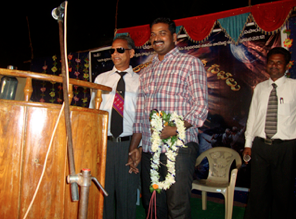 We praise God for these nine meetings. Many were blessed by conversion experiences. A total of 57 souls were baptized.

If you would like to help support more of these types of meetings or help sponsor children in a school in India please use the contact information below. Thank you.

By Sharath Babu. The Gospel and Good Health,