From Sorrow to Singing 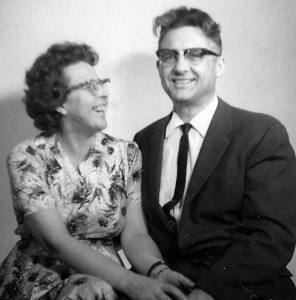 When Jim and Ethel Twing returned to Africa, they were excited to be able to continue their ministry in a much more expanded way. Before leaving the United States, the Twings sold everything they could in order to purchase an airplane, a Cessna 172. Jim Twing, along with Bob Seamount of the Voice of Prophecy, and pilot Dale Tillay, flew from Portland, Oregon, in the United States, to Africa. Coming to a full stop within 100 yards of the Heri Hospital, on a newly constructed airstrip, the crew had difficulty getting out of the plane. They were immediately surrounded by a throng of people, some of whom had never seen an airplane.

Heri Hospital is located in one of the most remote mission posts operated by the Seventh-day Adventist Church. Although Kigoma, the nearest town to Heri Mission Hospital, is only 40 miles away, the rain-soaked road—not much more than a cow path—made the trip very difficult and time consuming. It usually took over two hours to make the trip. It was precisely these conditions that led Dr. Twing to purchase the airplane for use in his work. He was responsible for 30 dispensaries and clinics throughout northwest Tanzania, on roads in no better condition than the one to Kigoma. This was the work he wanted to do—forever. He enjoyed each day more than the day before. There was so much to do and so many people who needed physical and spiritual help.

Dr. Twing with his airplane.

One day Dr. Twing was scheduled to attend meetings in Morogoro. The trip would take two days and many flying hours from his home base.

“Come here, please, Mrs. Twing,” Charles Stafford, director of the Heri Mission Hospital School of Health, called out to Ethel as she dismissed the class she was teaching. “Pastor Jackson just came from Morogoro. He tells me Dr. Twing wasn’t present for the committee meetings!”

Since there was no telephone at the Heri Hospital and the radio was unusable on Sunday, Ethel was in a quandary. A few minutes later, Chuck Stafford knocked at her door. “What are you going to do? Don’t you want to go into Kigoma to use the telephone?” he questioned. Mrs. Twing hesitated, then said, “Yes, I’ll go. If there is nothing wrong, it will be a relief to know it. If there is something wrong, we should be able to do something.”

Chuck Stafford and Mrs. Twing went to the police station in Kigoma and told them about the situation. The officer on duty assured them he would do some checking. “It will be an hour before we know anything. Come back then,” he urged. They stayed with friends while waiting. Thirty minutes later the phone rang. The call was from the conference office in Morogoro. “She’s standing right here,” Mrs. Twing heard Stafford reply.

“Has this been confirmed?” he replied, after listening for a few minutes. Realizing the full impact of what he was saying, Mrs. Twing backed into the hall, leaned up against the wall, and waited until he had finished. In a few minutes her dream had turned into a nightmare—her husband of 30 years was gone—his plane had crashed, and burned. She was now alone. 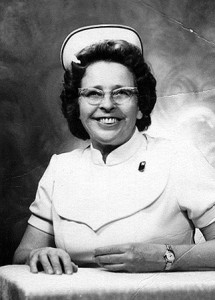 Undaunted, Ethel returned to America, studied nursing and returned to Heri Hospital. Since her husband’s death, Ethel has served first as a nurse at Heri Hospital, then as a coordinator of pastor’s training and evangelism. Since 1972 with the support of friends all over the world, Ethel, affectionately known by her African family as Mama Twing, has educated more than 100 young people. She educated the present Tanzanian Union President and Ministerial Secretary.

The first step in the process by which a student received sponsorship involved an internship in Mama Twing’s home. There she was able to study their personal characteristics to determine if they would apply themselves in school with honesty and integrity. Then they would work selling books and literature in Africa and European countries to earn a portion of their tuition. She returned to America each summer and raised funds for their education. 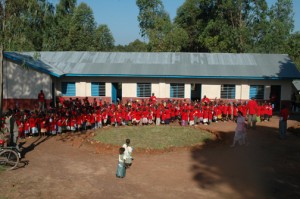 Twelve years ago, about the same time the Twing Memorial Elementary School (TMES) was started, the Ministry purchased 18 acres situated between two rivers. The plan was to develop a secondary school for the students graduating from the elementary school. But in November 2011, the Ministry almost lost the land. In Africa, if land is not used after a number of years, it can be confiscated without payment. A member of the Tanzanian Parliament and some leaders of the local villages were going to take over the land to build a bazaar. Pastor Musa Mitekaro was informed of the plan. He was told by the supporting village leaders that if he would start building the school immediately, they could stop the takeover. With help from a donor, construction began. After many providential occurrences, the land was saved. By March 2012, Musa had all the necessary permits and certificates to establish a secondary school. This is unheard of in Africa. 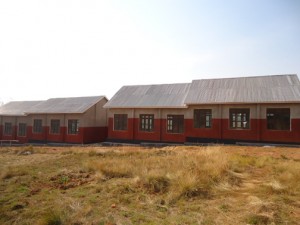 The Twing Memorial Secondary School is still not ready to accept students. Before the school can be opened, the government inspectors want two duplex apartments for teachers, roads, a well, fencing, a library, a laboratory, an assembly hall, and completed furnishings. The cost will be close to $100,000. The secondary school is a pressing need. After immersing the elementary students in an Adventist Christian education, many of the students are not fully grounded in the Adventist truth. Without our own Adventist secondary school, students are sent to schools in Tanzania, often far away from their homes. Financial support to maintain the Twing Memorial Ministries is changing the lives of our pupils by giving them a chance for a better life on this earth and a promise of eternal life.

One of our students, Gambo, joined TMES when he was six years old. Gambo wished to learn how to read, write, and to speak English. In Africa, most parents do not send their children to school. They need their children at home to help with growing their food or caring for their animals. At times, it is the child who initiates school registration, and often without the parents’ approval. Gambo thanks God that he is able to study in the Twing Memorial Elementary School. He says, “Most of my friends, who were my age in my village, have died of malaria, or cholera, or malnutrition, but I am alive, and I thank God. My dream is to be a medical doctor that I may help children like me.” Gambo is in grade five and is a hard-working and determined boy. Now, he can read, write, and speak English.

In September 2013, the National Examination for standard seven was conducted. Seventy-three pupils from TMES attended. During the exam, there was more security than normal, including both police and ivigilators (people who watches examinations to prevent cheating). Last year, our school performed very well. This year the government increased the security, thinking that maybe the students were cheating. There are seven courses, which meant seven examinations. The police and invigilators were surprised to see that that, before every examination, the pupils sang and prayed. This is not common in schools here in Tanzania.

The police and invigilators concluded their report, saying, “The secret of high performance at TMES is prayer and singing, and they even prayed for us. They trust in God and that is why they always pass their national examinations.” The results came out in December 2013 and the TMES students scored high for their region, their state, and in the whole country.

Praise the Lord for souls won through the outstanding dedication of our teachers and the school chaplain.